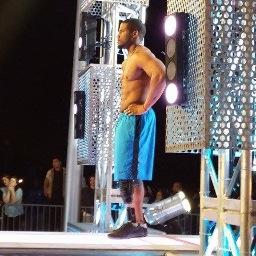 Artis Thompson III grew up in a single parent home where he watched his mom work two jobs to support him and his three siblings. He learned the meaning of hard work at a young age and applies those lessons today as a personal trainer, semi-pro football player, and participant on American Ninja Warrior. Click here to see his inspiring run from the 2015 Houston City Qualifier:

Even though he has only one leg he doesn’t let that stop him from doing the things he loves, and he has been an inspiration to many people in his community. Artis joined the Blade Runners in 2015 and hopes that his new equipment will propel him even further. He plans to participate in local as well as nationwide track meets in hopes of participating in the Paralympics and he returned for his second season of American Ninja Warrior in 2016.