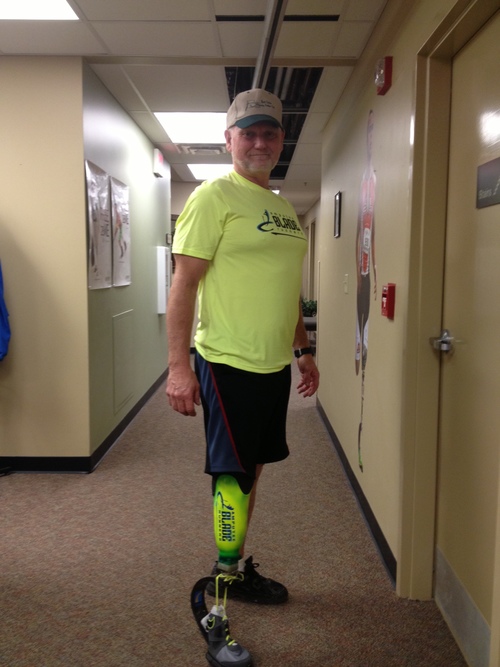 After my amputation two and half years ago I decided I wanted to be as active as I possibly could be. Learning to ride a bicycle proved to be great rehab and I soon progressed to riding an average of 120 miles/wk. While this was an encouragement to me I really wanted to be able to “run” again. I contacted Amputee Blade Runners about the possibility of getting a running leg through their grant process. Not really believing they would “give” a running leg to a fifty six year old I was very surprised when they called and wanted to meet with me. That day I took a running leg home with me after some adjustments and training on how to use it. The first day it took 45 minutes to go one mile and the second day wasn’t that much better. After six weeks I was running 5k in thirty two minutes, the fastest mile being 10 minutes and 49 seconds. Eight weeks after receiving the leg I ran in a 7K wounded warrior race and finished third in my class. Thanks to Aaron, Daryl and everyone at Amputee Blade Runners.