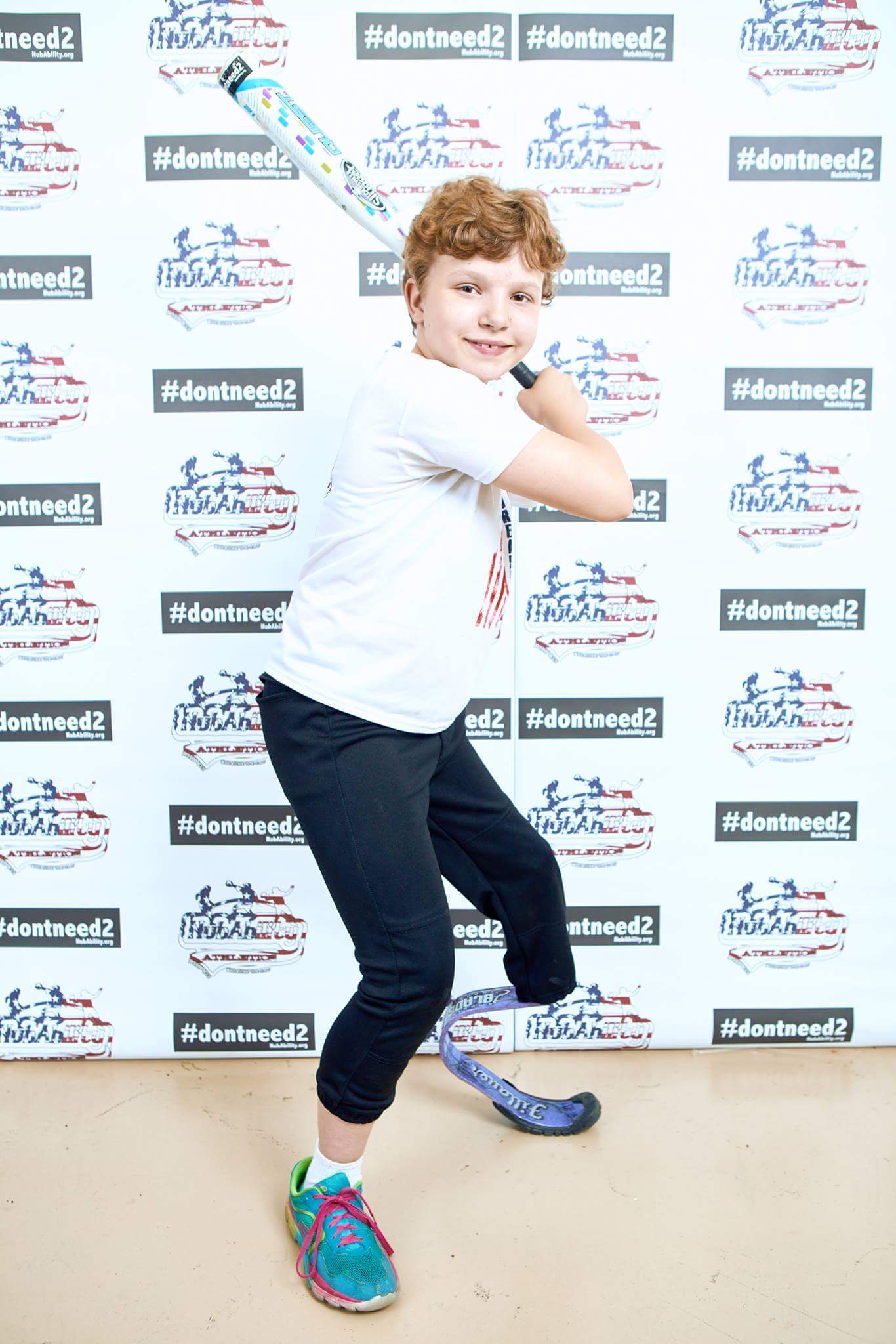 Brooklyn Olin is a very active 11 year old girl from Grant, Michigan. She had her left leg amputated through the knee at 10 months old due to birth defects and had her first prosthesis at 11 months old. Brooklyn has always had a natural love for sports. In 2014 she decided she wanted a running leg. She was having a hard time keeping up with her friends on the playground. She was not able to make it to first base on her little league team before being struck out and was feeling like she was letting her team down. It was taking away from her love of sports and not only affecting her physically but emotionally too. She wanted to run but her current leg just couldn’t keep up with her.

After being denied a running leg through insurance she was accepted by Amputee Blade Runners. What a huge blessing! In January of 2015 we traveled to Nashville, TN to get her first running leg. Brooklyn had always worn a thick gel liner that connected to her socket using a Velcro strap. She had so many issues with these. She always needed help rolling them inside out and trying to get that Velcro strap through the little hole in the bottom of the socket. (Brooklyn was also born without most of her left arm.) So, she was never able to put her leg on independently. They were sweaty and sometimes fell off. They would smell horrible no matter what you cleaned them with. She had been fighting a rash on her inner thigh for around 4 years that we could not get to go away. We tried a ton of different creams, different socks & liners. Nothing would take it away.

When we talked with Aaron from ABR he said he would like to switch her to a skin fit socket. We had never heard of skin fit before, all we ever knew was the liners. He said she might not like it right away but wanted to give it a try. We decided it was worth a shot. We got into town and went right to his office, they had her cast that night and had a test socket ready in the morning for her to try on! This was quite different, she had no liner, she put it on with either lotion or hand sanitizer. She rubs some lotion on her little leg and steps in. She can now put her own leg on, in a matter of seconds! She put it on for the first time and could not stop giggling! She loves the way it feels. Then they attached a running
blade and she actually ran for the very first time. She took off full speed down the street.

Still 2 years later it brings tears to my eyes thinking about that moment. They asked her to hop on her prosthesis and she had no idea how to, she had never been able to before. She worked on it and within a week was able to hop in circles! She never trusted her old prosthesis enough to even stand on it without her other foot on the ground so this was huge! ABR made her a running leg and a walking/athletic leg (with really cool paintjobs!). We were in Nashville for 8 days and by the 3rd day in her skin fit socket that rash we had been fighting for 4 years was gone. And it hasn’t been back!

We learned so much from that first trip to Nashville. They showed us how to make repairs on the leg if needed and when something breaks they get the part to us right away and we are able to fix it ourselves without leaving the house. And this leg stays on in the water! I cannot begin to explain in words what a blessing Amputee Blade Runners has been. Brooklyn left with 100% more confidence than she came with. She is so much more comfortable and independent. And she can run, hop and keep up with her friends. She started making it to first base on her little league team, then all the way home and even made the all-stars team! She also took up basketball and a running program. She has even tried ice skating and roller skating! Brooklyn said being able to keep up with her friends and do the things they are doing makes her feel like she fits in and that’s really important to a young girl. She has also made some amazing connections with other ABR kids. Everyone at ABR has always been so kind and helpful and always get us whatever Brooklyn needs. We only have one regret and that is not finding out about ABR sooner.