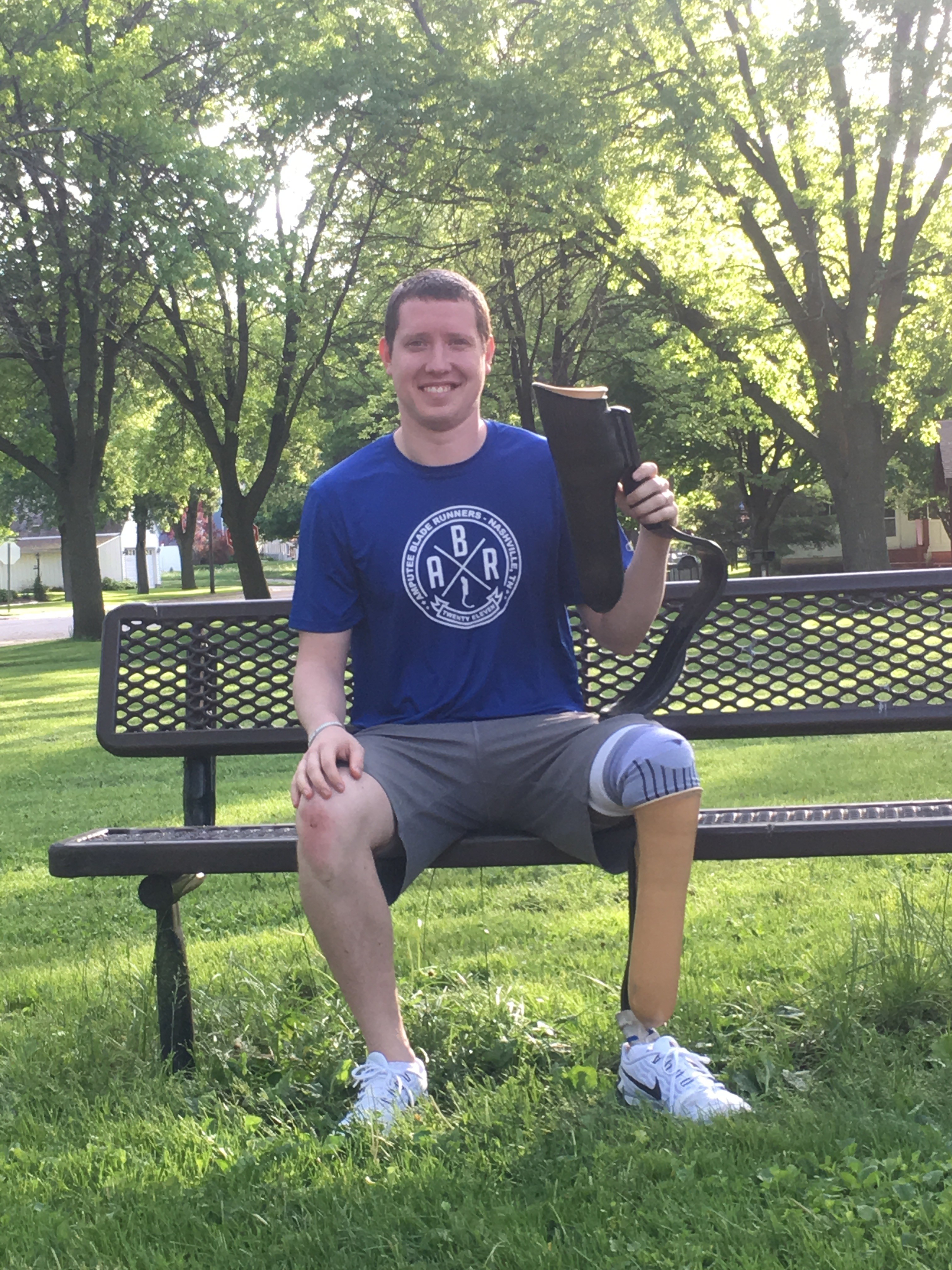 I have been an amputee since the age of 5. My left foot was run over by a speeding van while crossing a gravel alley behind my home. From that time, I have never let my injury affect my athletic aspirations. As a child, I continued to be involved in numerous athletic activities such football, basketball, swimming, hockey, baseball, tennis, and Tae Kwon Do, while always aspiring to be the best athlete I could regardless of any physical disabilities. Throughout high school, I was a three sport athlete competing in football, basketball, and tennis. In my experiences competing with and against able-bodied athletes, I acquired a mental toughness and drive to compete at the highest levels regardless of circumstance.

When I entered college, I thought my athletic career was over. This changed however, when I was contacted by Cathy Sellers, the Director of High Performance for USA Paralympic Track & Field, in the fall of 2012. Ms. Sellers heard about me due to my previous athletic accomplishments. She felt that because of my athletic diversity, I had the potential to develop into a valuable member of the United States Track & Field team. Although I had never previously participated as a track & field athlete, Ms. Sellers felt that, because of my familiarity throwing a football, I could excel in the javelin throw. This brought me into the Paralympic world and brought back a competitive fire I had missed since high school. As a javelin thrower, I was the 2013 Paralympic US National Champion, and 2014 Paralympic US National Runner-up. Unfortunately, at National Championships in 2014 I tore my Ulnar Collateral Ligament (UCL) in my left arm while throwing the javelin, thus ending my javelin career. Despite this set back, I continued to have the desire to overcome the odds. I refused to stay down. Ultimately I decided to switch events to the long jump and 100 meter dash with the same goal, become a Paralympian.

As I ran and jumped in competitions, I couldn’t help but notice that my prosthetic was a little lacking compared to my competitors. They were sporting running blades, while I had a much simpler design. I began to realize that in order to compete at the highest level, I needed to get equipment that enabled me to do so. As I researched how much one of these blade legs cost, I was discouraged knowing that there was no way I could afford something like that. That is when I remembered hearing about Amputee Blade Runners at the Endeavor Games in 2014. I, like many others, was extremely skeptical, and who wouldn’t be? The idea of an organization supplying you with a free leg seemed too good to be true. After speaking with ABR co-founder Ryan Fann about the organization (and slowly easing my skepticism), I began to realize just how special this group was. That it truly is a group of people trying to make a difference in the world.

Luckily, my application to ABR was accepted and I was fitted with a running blade and can experience all that the ABR team has to offer. This past year at Paralympic Trials, I was able to reach the World A Standard, thus allowing me to be selected to Team USA. Unfortunately, peers of mine out performed me and earned the right themselves to be a Paralympian. Although, I wasn’t selected for 2016, 2017 is a new year with a new set of challenges waiting to be beaten. I am extremely thankful to have become a member of the ABR family and look forward to sharing my experiences with other amputees and do my best to “pay it forward.”