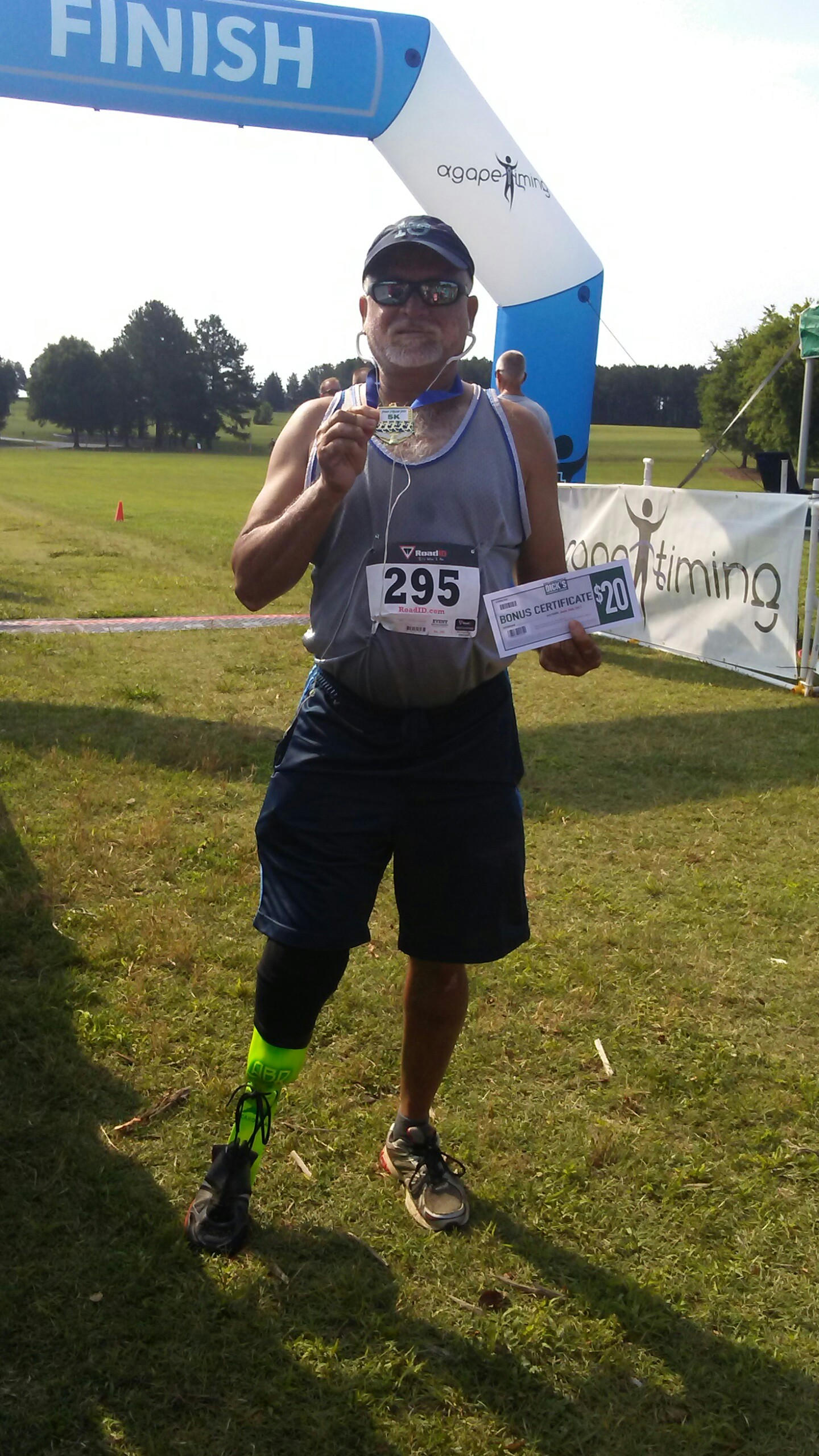 My Motto:  “Move forward and do not stop exploring”

In April of 2008 I was hit by a forklift. This accident resulted in me almost losing my right foot. I went through surgery to have it reconstructed. The doctors had to take a vein and a muscle from my left arm in order to accomplish this. Being a diabetic I began to have complications. So, in August 2010 I elected to have my leg amputated below the knee. Since then I’ve struggled with getting a properly fitting prosthesis and my life has started to take a downturn. In September 2013 I found Amputee Blade Runners online. Now, after being fitted with a running prosthesis, a cycling prosthesis, and a walking prosthesis I see a bright and healthy life ahead of myself. Mr. Daryl Farler is my inspiration, bravo!.

Long-term goal:  to run the New York Marathon in possibly the Boston Marathon. To move off of insulin for managing my diabetes by exercising consistently and having a healthy diet. I also want to live a helpful and eventful life.

Just remember your health is in your own hands.