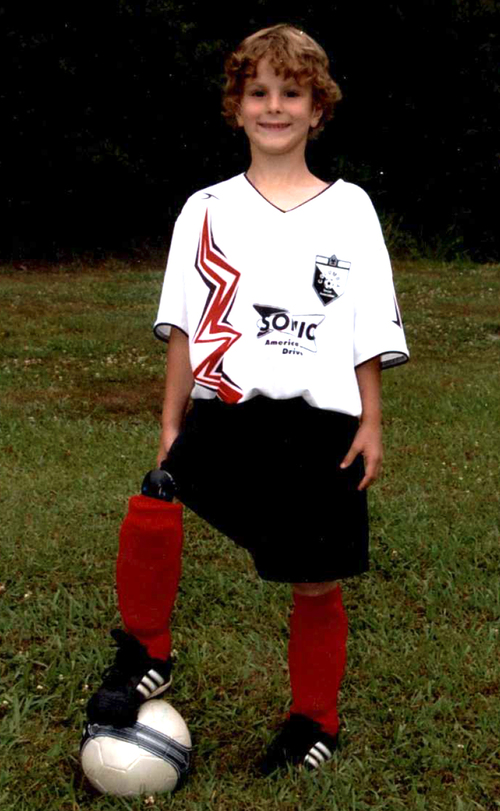 Myles is a very athletic child. He plays basketball, soccer, rides motorbikes, and will probably start horseback riding this summer. He has been averaging three rebounds per game in basketball. If he had a sports leg, I think it would even the playing field between him and the other children. Myles is also very determined. He practices running. I asked him one day what he had done at school, he told me he knew basketball practice about to start, so he spent all of his recess practicing running. His coach told him he was going to have to get faster. So he practiced. As a middle school soccer coach I can’t imagine any of my players thinking I’m going to give up my gym time to practice running so I can get faster.

Myles has that competitive spirit that very few children his age have. He is not the kind that wants to beat his brother in a race so he can be boastful and rub it in his face. He wants to break even so that they can finish the race together, as brothers, not competitors.