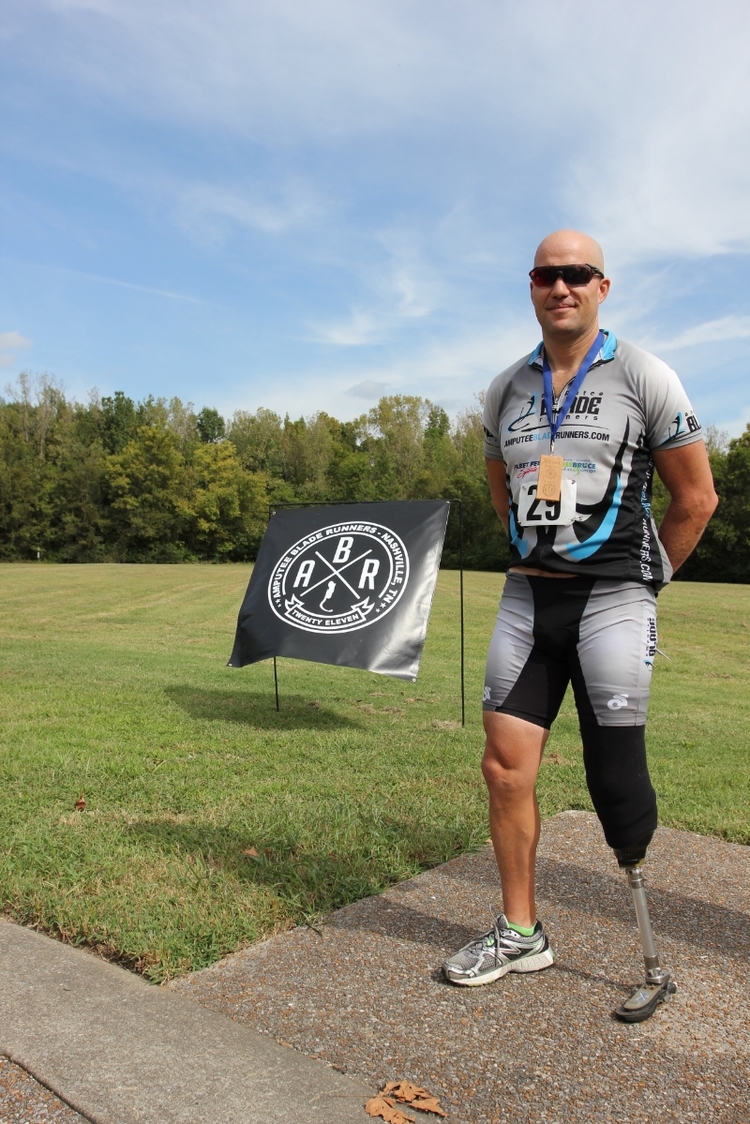 Cycling is nothing new to Travis. As far back as he can remember, he has been atop wheels.  Never taking much interest in other team sports, Travis fell in love with the adrenaline high and extreme focus BMX riding required.  “ Nearly, everyday after school, I would spend about 3 hours riding, working on my BMX moves. Then after it was dark, I’d go and run stairs for conditioning for an hour or more, and usually follow the evening up with weight lifting.”  For all who know Travis now, this is no huge surprise; his tenacious work ethic is well known. To this day, despite his amputation, he is relentlessly dedicated to his training regime, and is always looking for new ways to challenge himself.

Just to name a few of his accomplishments of his early years in the BMX circuit, Travis was:

-Classified and raced in the Expert Division as a B-Pro

-Competed in 5 states in the BMX Southern Region

Ever since his amputation, Travis has primarily focused on road riding and has competed in multiple Gran Fondos in TN. He has made a hobby of seeking out the fastest able-bodied cyclist in the Nashville area to ride with.

In addition to cycling, Travis has also taken quite a liking to running on his prosthetic blade. He has competed in two half marathons, with times of 2:04 and 2:15, respectively as well as two TN Ragnar Relays with the Amputee Blade Runners. Another recent accolade was his winning the ABR Bikes and Blades Duathlon in September, which included two 3-mile runs, separated by a 12-mile bike leg.  He is currently in training for his first full marathon in Nashville this spring.  He is enjoying this new challenge, and is seeing its positive impact on his cycling strength.

Travis received his BA in Marketing from MTSU and has dabbled real estate, as well as various other management, customer service and marketing work. One of his primary future career goals is to move into the personal training and coaching world. He wants be able to inspire and help others push their limits. From his own experiences, and knowing the value that staying physically fit amidst his own trials, he believes that everyone can improve all aspects of their life by integrating an active lifestyle.

In addition to competing his first marathon, Travis’s number one priority this spring is to compete in qualifying cycling road races to make the US Paralympic National Team. Once member of the National Team, Travis will be eligible to compete in Rio Paralympics this upcoming fall.

Fun fact: Travis is a huge cat enthusiast, and if you’re lucky enough to get to meet or ride with him, make sure you inquire