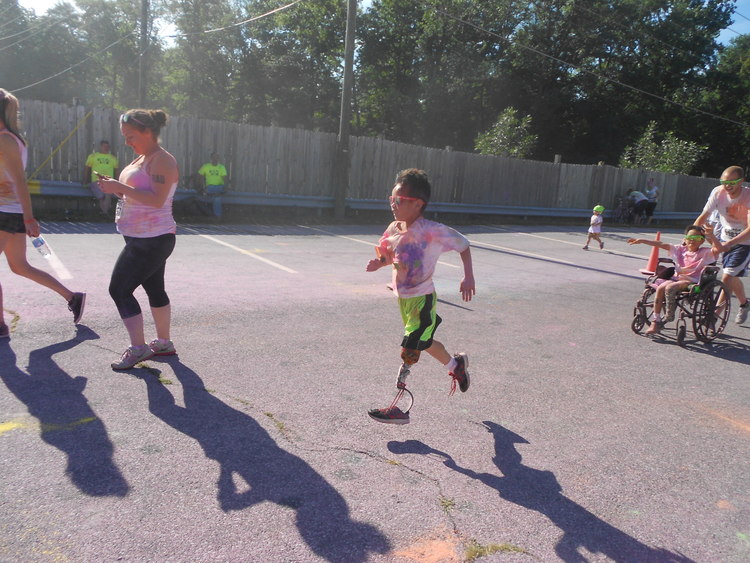 Zachariah wanted to try and play other sports but his leg just wouldn’t let him get to his potential so he was afraid to try. Zach broke a lot of parts trying to participate in sports. When we met with Amputee Blade Runners they were able to build him a running leg and in the few weeks he has had it he is running. He is all smiles and wants to try playing those sports he couldn’t do. He is more confident and gaining strength and speed each day. Zach is catching up with his peers and doing the things he has always wanted to do but his leg wouldn’t let him. I know Zach will achieve his dreams of competing in sports thanks to the awesome work of Amputee Blade Runners.