Amputee Blade Runners was founded by 2 prosthetists, with the idea that giving someone one piece of equipment could change their life. That’s exactly what happened to our co-founder, Ryan Fann, when a local prosthetic company gave Ryan his first running leg after high school.  Ryan excelled in sports throughout middle school and high school, but when he was fitted for his first running leg, the world opened up.  He went on to run track at Tennessee State University and even earned a GOLD Medal in the Paralympics.  Aaron and Ryan founded Amputee Blade Runners in 2011 to make this dream possible for others. 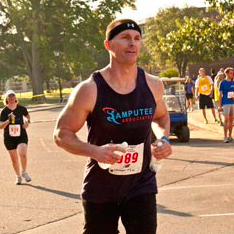 The reward of helping others continued early on in a career as an Occupational Therapist (OT) but something was missing. Aaron paid for OT school by doing construction work and early in his career he realized he missed this “building” aspect of work. Aaron then met Ronney Snell. Ronney was the president of the American Orthotic and Prosthetic Association, AOPA, and had a private practice in Memphis, TN. Aaron began volunteering and working a second job with Ronney as a prosthetic technician.

Aaron realized quickly that prosthetics was the combination of helping others and building things he was looking for in order to make a positive difference in people’s lives. Aaron went back to graduate school for prosthetics in Connecticut and went back to work with Ronney to complete his residency and work with Ronney for a few years. Aaron contributes much of his knowledge base and focus to the great example that Ronney Snell set for him and hopes to make a difference in the field of prosthetics to somehow honor Ronney Snell. 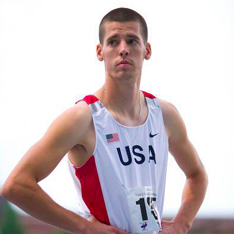 Ryan is a certifed prosthetist (CP) and has a bachelors in Business Administration. Ryan’s journey into prosthetics started when he was 3 years old. Ryan was ran over while on his big wheel riding in his neighborhood resulting in losing his left leg below the knee. Ryan went on to play sports throughout middle school and high school. Ryan was a starting linebacker for his high school when playing in a TN all star game a prosthetic company offered to make him a running leg and Ryan then went on to run track at Tennessee State University (TSU) with the able bodied athletes the first to do so in TN. Ryan then ran with the US Paralympic track program earning multiple Gold and Bronze medals in the Paralympics.

Ryan brings this same committment to excellence and passion to each patient he works with. Whether your goals are elite level athletics or walking around the neighborhood Ryan truly understands and has the ability to get you there. 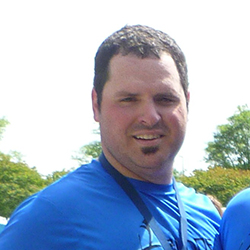 Nick is the Director of Fabrication for Amputee Associates. He helps Aaron Fitszimmons and Ryan Fann to create the running legs for Amputee Blade Runners (ABR). Nick also has a degree in exercise physiology and has trained marathoners and half-marathoners in the past. Having completed marathons, half marathons, and triathlons himself, Nick is able to lend his knowledge and experience in endurance athletics to ABR so that the athletes can train safely, making athletic endeavors a long term lifestyle change. 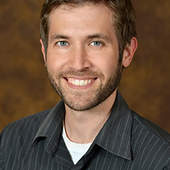 Joshua Southards has been involved in healthcare for 14 years. He worked with amputees and prosthetists at The Surgical Clinic from 2004-2010. From 2010-2017 he served as the Director of Operations at Faith Family Medical Center, a Nashville-based non-profit primary care and wellness center for the working uninsured. He served as the interim CEO during the summer of 2017. The combination of these experiences make Joshua uniquely equipped to serve as Executive Director.
Joshua was part of the inaugural class of Lipscomb University’s Masters in Management for Nonprofits, and graduated in 2016. In 2013 he was honored as one of the Nashville Business Journal’s 40 Under 40 winners. 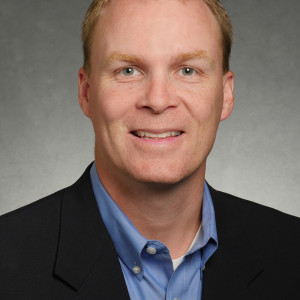 A lifelong runner and all-around sports enthusiast, Andrew has served as a board member of Amputee Blade Runners since 2012. Andrew attended nearby Vanderbilt University where he was a four-year walk-on for the football team (1997-2000) and was twice named academic All-SEC. He currently works for a local healthcare consulting company and is involved in the local community leading classes at the Nashville Rescue Mission and coaching youth football. Andrew and his family attend church at The Church of the Resurrection in Franklin, TN.

Kelly Barmann is currently pursuing her Masters in Occupational Therapy and was introduced to ABR during her clinical internship at The Surgical Clinic Prosthetics (led by ABR co-founder Aaron Fitzsimmons) in the Fall of 2015.  Kelly’s passionate interest in prosthetics stemmed from her personal experience with a severe leg injury as a teenager.  She credits her doctors, coaches, and incredible support system for making a full recovery possible and she is eager to help others in the same way.  With a background in Exercise Science, a NASM personal trainer, and a past NCAA collegiate runner at Cal Poly, Kelly is committed to helping ABR athletes master their personal psychology, push their physical limits, and experience life to the fullest.