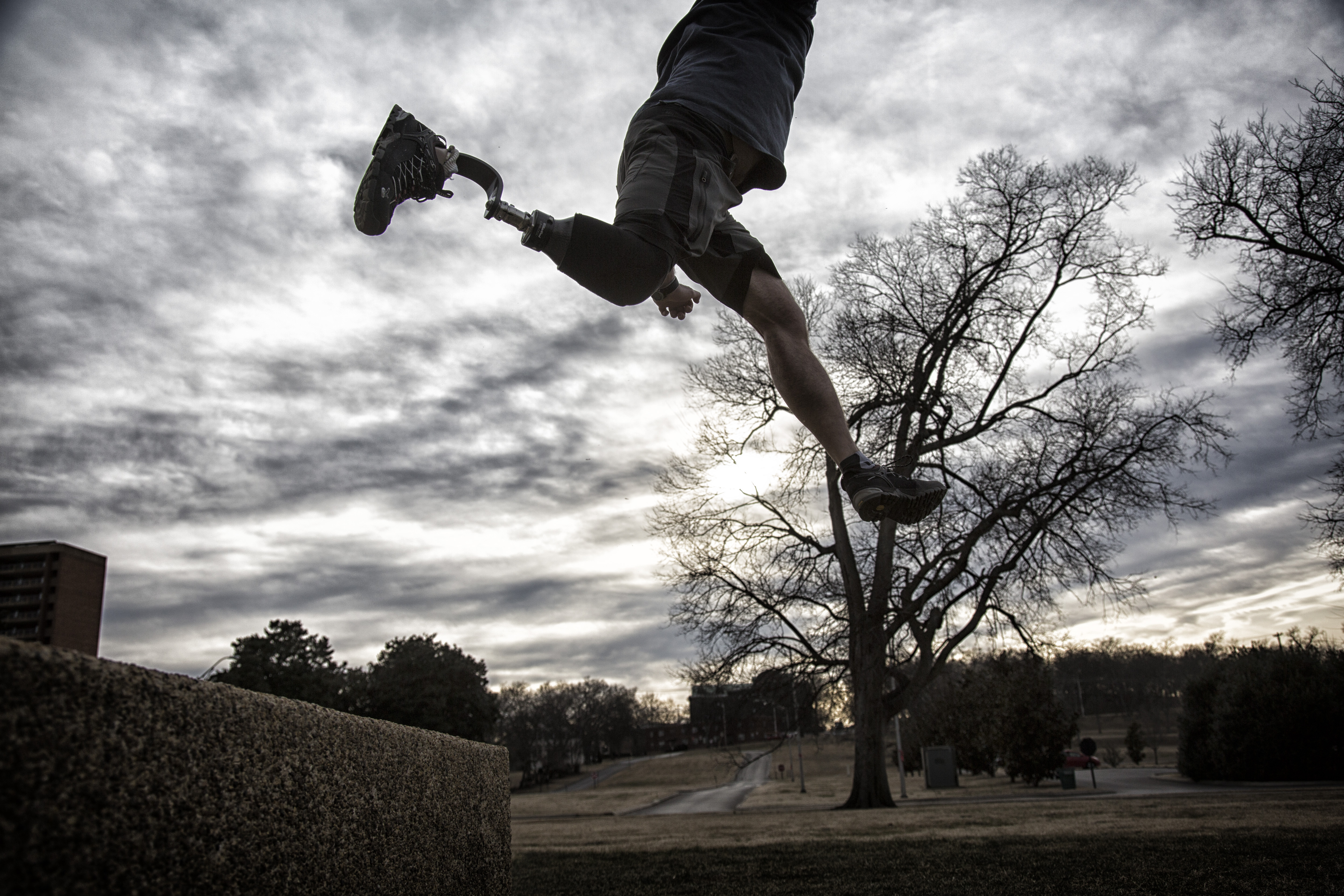 An avid outdoorsman, Joel is a 36 year old originally from Pennsylvania. He has been a below the knee amputee for 17 years, after losing his leg due to a rock climbing accident in college. Since losing his leg, Joel has finished college and traveled all over the country and internationally. He has led 30 day wilderness trips for over 13 years in several different regions of the country doing backpacking, canoeing, and rock climbing in all seasons and extreme conditions. Joel is an active hunter, thrill seeker, traveler, and loves to be outdoors as much as possible. He has tried multiple types of prosthetic feet, liners, and suspension systems. Joel has had to adapt to using non-conventional ways to maintain hygiene while not being able to shower for extended periods of time and continue to be successful with using a prosthesis. He has currently transitioned out of leading extended wilderness trips in order to work at a therapeutic boarding school for struggling teens. Joel still leads week-long trips, but only a handful a year with most adventures being day trips in northwest Montana near Glacier National Park. Even after being a prosthetic user for 17 years, he is still learning ways to be more successful with using a prosthesis, as well as discovering what options that are out there for amputees. Joel enjoys the work he does and looks forward to helping and educating other amputees and their families.