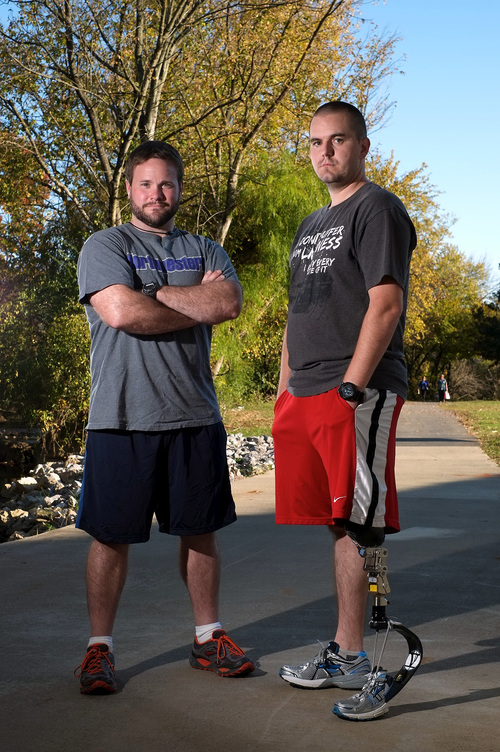 Best Moment: Being able to run the Komen 5K within two weeks of being fit with the running prosthesis

Michael Spence is a left knee disarticulation amputee as the result of a motorcycle accident in April 2006 when he was 22 years old. Michael has been with Amputee Blade Runners since 2012 and completed his first race in the fall of 2012. His short term goals include constantly progressing in his time in races and constantly striving to improve in his physical conditioning. His long term goals include being able to keep up with and eventually run and play with his new baby girl.