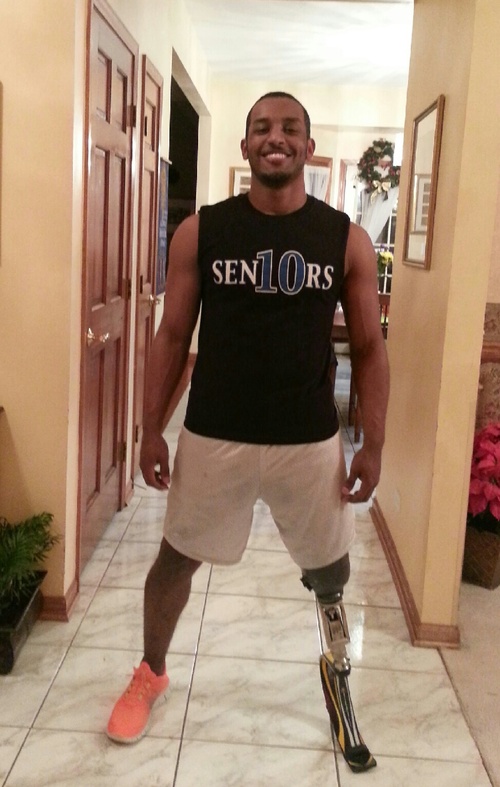 I’ve played sports all my life and have always been an active person. Track & field, baseball, and basketball were some of the sports I played in high school, but football was the on that really excited me and got my blood pumping. There was always two games going on, one was the actual game against the other team, and the other was me versus the receiver 6 inches taller lined up across from me. I cherish those moments because my opponent always thought they had the upper hand but I always knew what I was capable of and embraced the challenge.

After graduating high school, I attended Southern Illinois University and lived the life of a normal college student. I embraced the new freedom I had while living on a college campus and heavily indulged in the “college life” as an adult. I neglected to realize that being an adult has very little to do with your age, and more to do with fulfilling the responsibilities that life brings and the decisions you make. Unfortunately, I made an extremely poor decision that caused my life to be drastically changed forever. On January 28, 2012 I had been drinking at house parties and a few bars that were across campus. At the end of the night I was walking back to the apartment complex and was hit by an on-coming train while crossing the tracks.

Thankfully, I woke up in the hospital days later and was told my left leg was amputated above the knee. I worked with prosthetists in Chicago who helped me find a leg that would allow me to walk again so I could continue my life as normal as possible. We looked at options and agreed that the C-Leg, with a computerized knee joint, would be the best choice for an every day walking leg and I have been using it daily since I received it in July. Getting a second chance at anything is great, but when I stood up on two feet and was able to stand up and hug my parents, that meant the world to me.

Even with my so-called disability, my desire to compete athletically never went away. I embraced my new challenge the same way I did when I played football and decided that I wanted to run again. I’ll never forget the call I got from Ryan Fann, when he told me that the Amputee Blade Runners wanted to help me with my dream because on that day I gained hope and saw possibilities for the future. I was blessed to meet with Ryan and the Co-Founder Aaron in Nashville where they provided me with a sprinting leg and taught me how to run. Being able to walk is nice but now that they’ve given me the power to run makes me feel complete again, and I am so grateful for that.

“UpRightForward” I’m always telling myself no matter how bad things seem to keep my head up, keep my mind right, and eye forward.